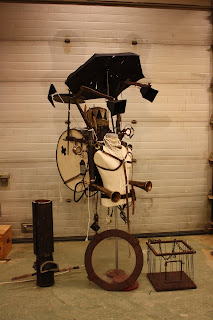 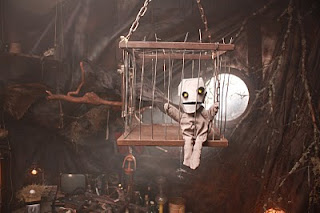 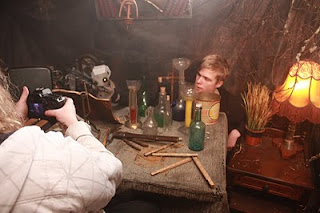 Before Christmas I made the props for Lauri Ylönen's (known from The Rasmus) newly released music video.
The props included a crazy one-man-band rig, a periscope, a hand puppet, a cage, a window, puppet hatching form an egg... I hope for more crazy work like this in the future.
The shoot was great fun too, despite having the occasional cockroach crawling up my arm.
I even did a bit of puppeteering.
Thanks to director Owe Lingvall and good luck to Lauri with his solo career!
at 17:17