In the dusty corner of an ancient sailors  tavern in Port Moresby it sits, it's true origin lost among a century of tall-tales, the Fiji mermaid. Some say it's hoax, some believe it's a  creature of magic, some whisper of a Danish captain who once offered his entire ship and a casket of gold for it. 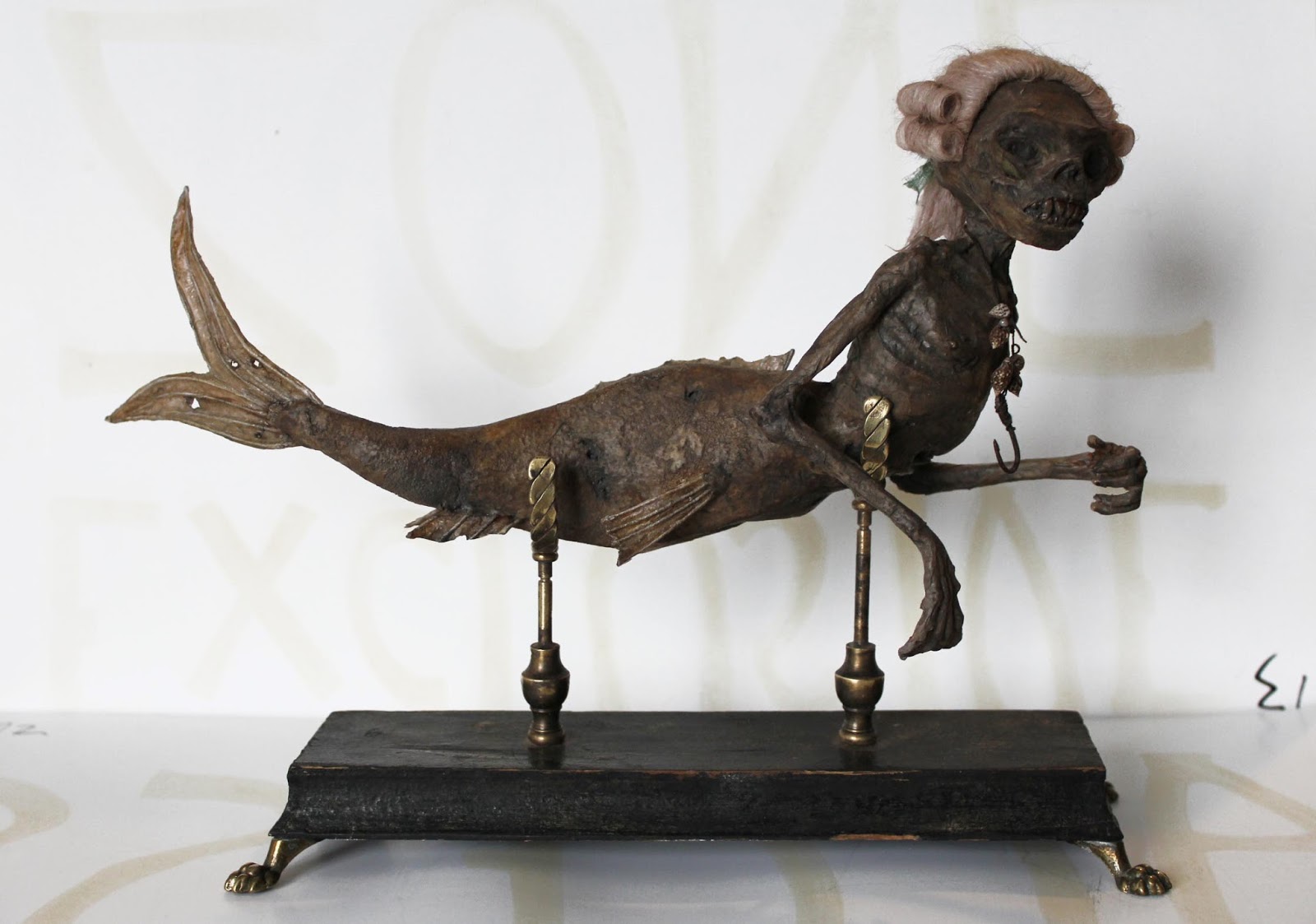 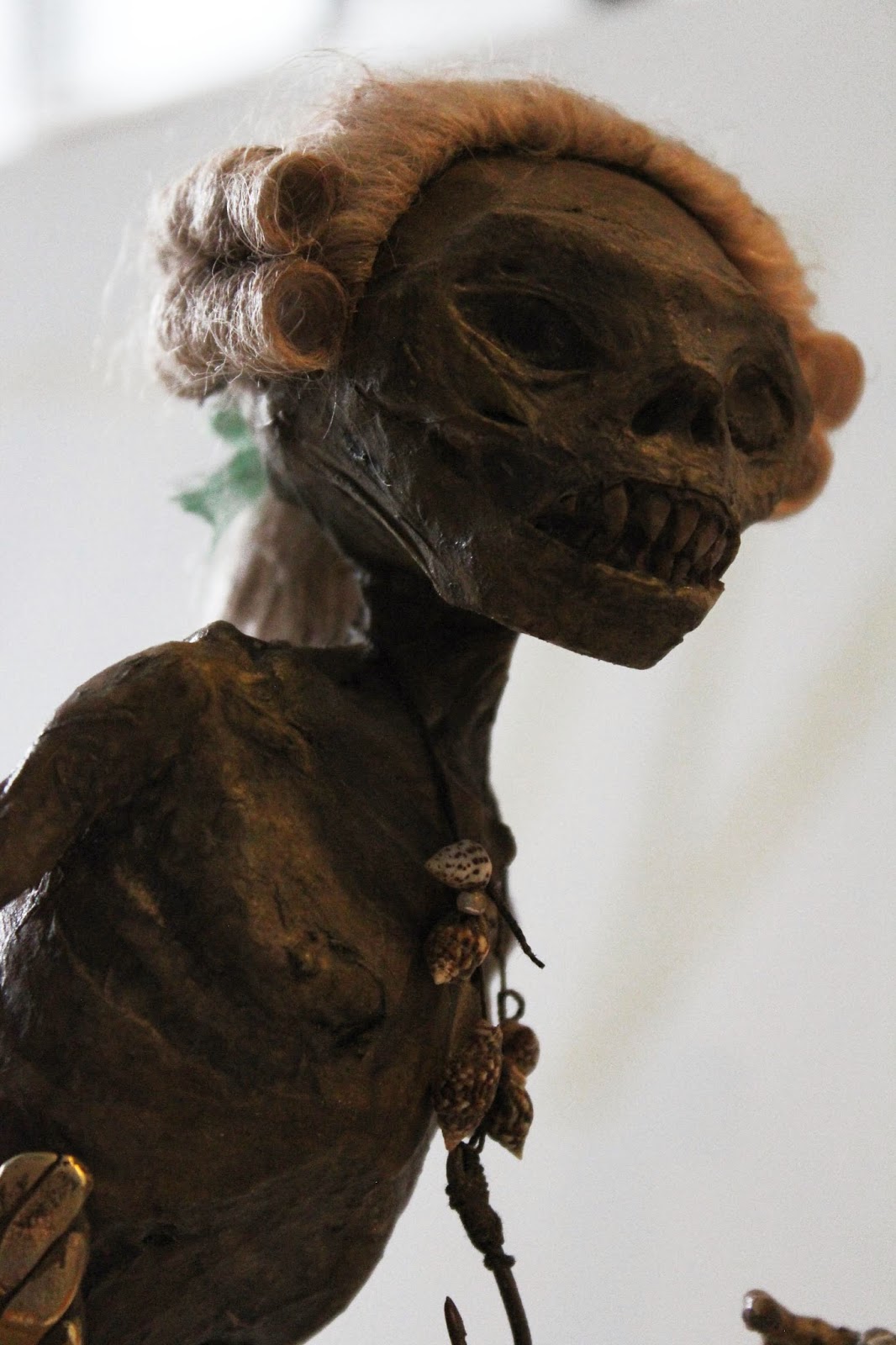 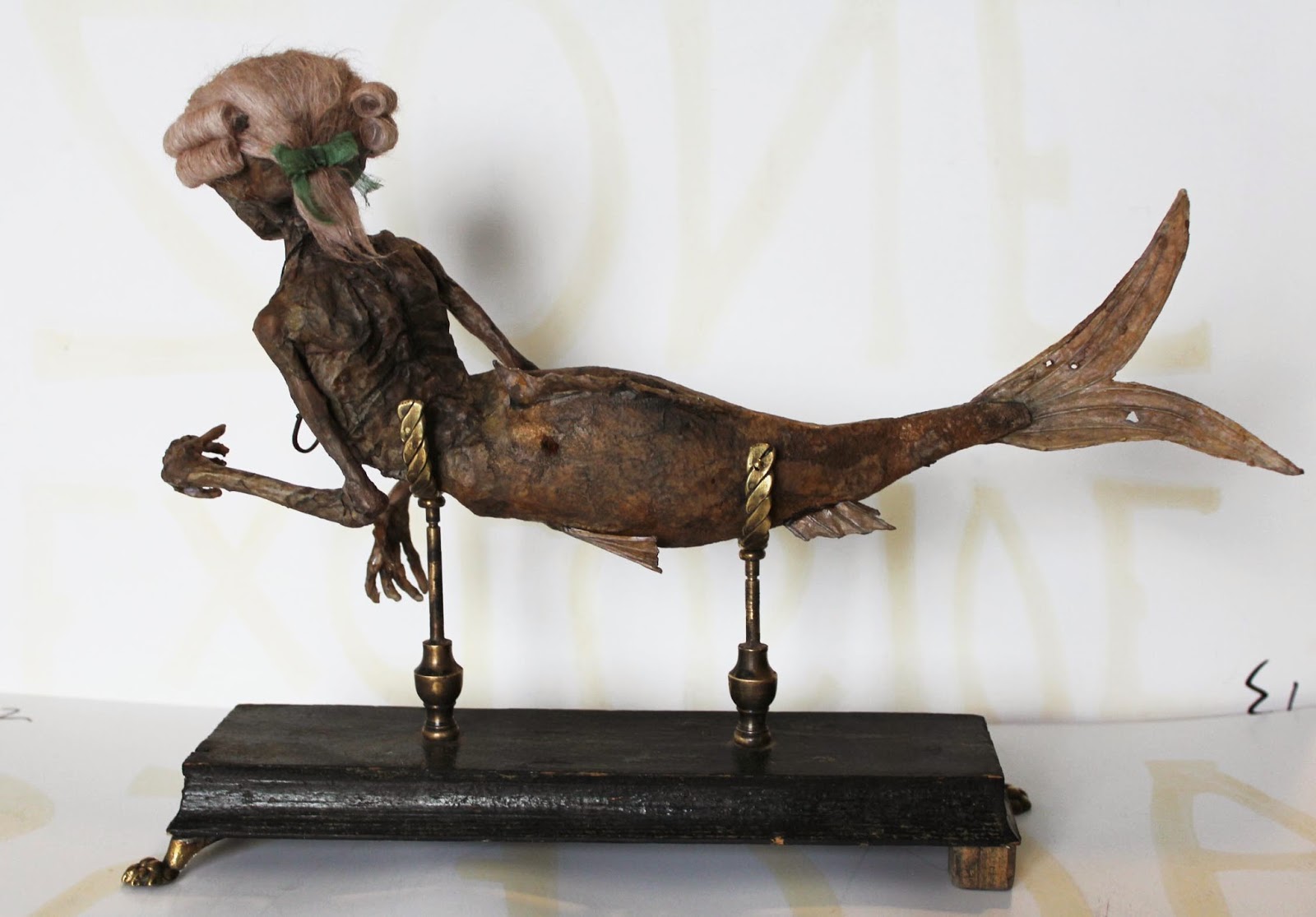 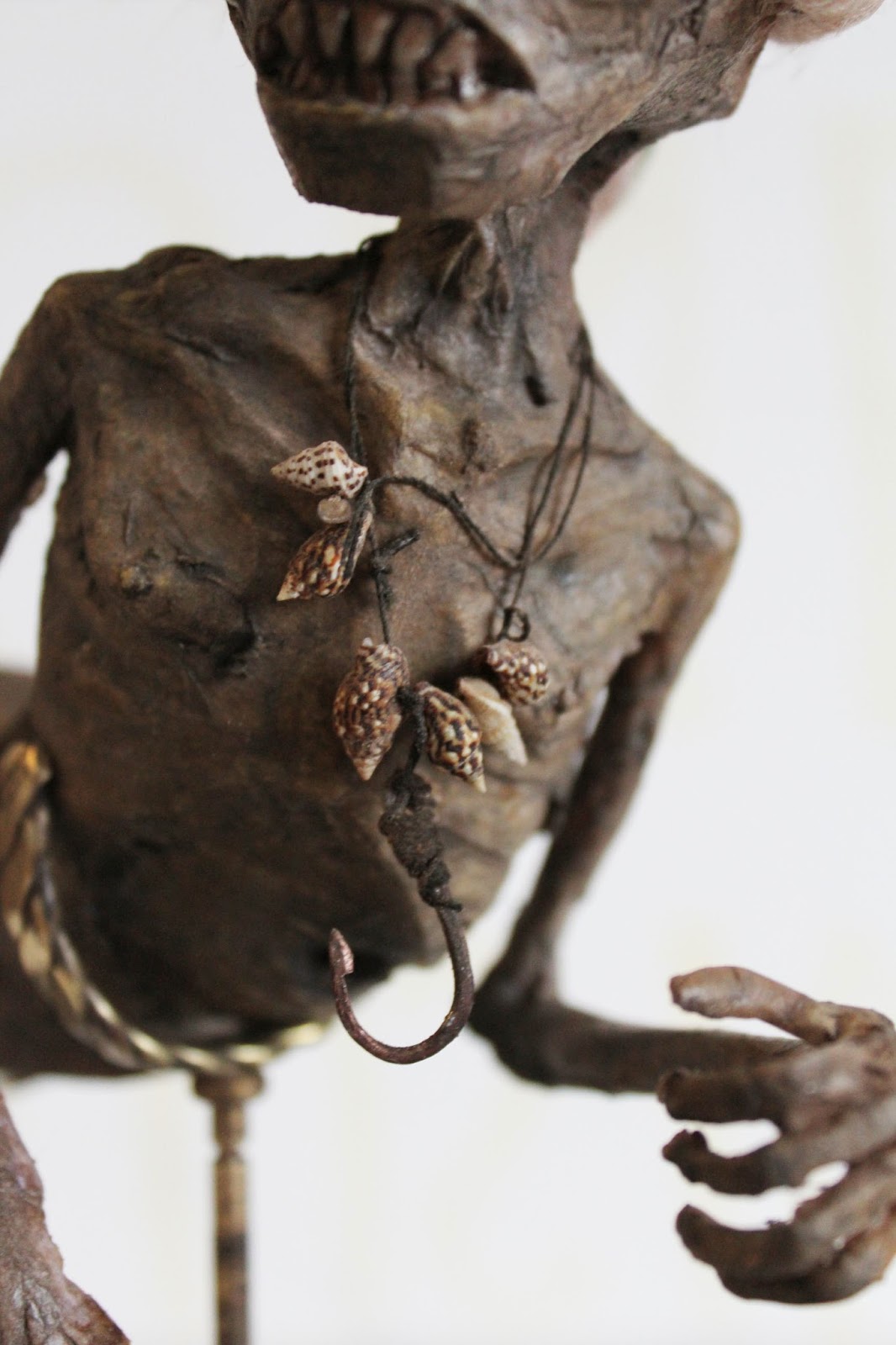 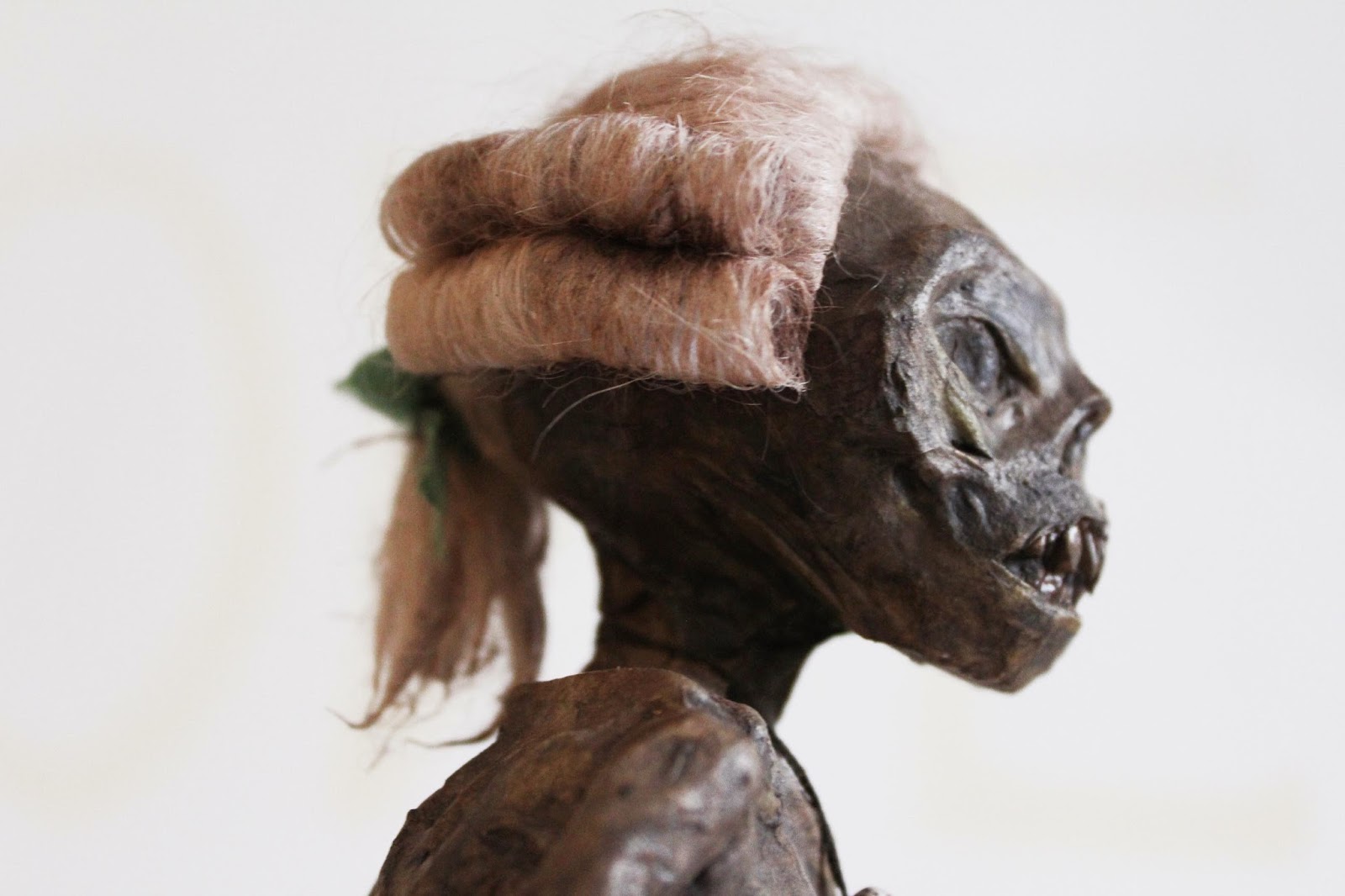 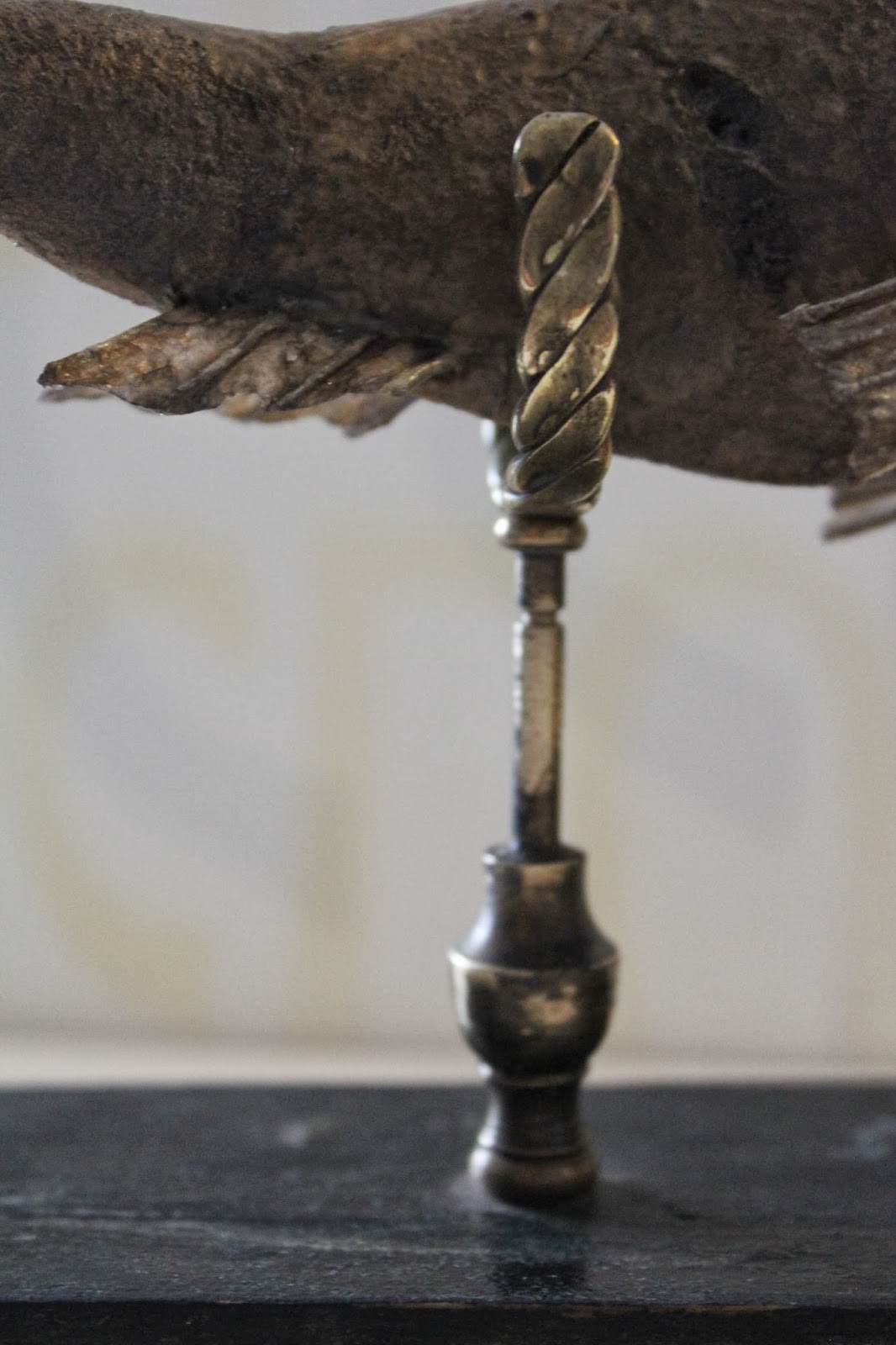 I been wanting to do a Fiji Mermaid for years, but I always thought it would have to involve a real fish, freezedried or something, and I never came about to acquire one.
Anyway, as it turned out I could make a convincing one from scratch anyway. I gave it a wig because I wanted a level of whimsy and hinted back story in there, same with the fishing hook in the necklace.