Converted my bookcase into an improvised cabinet of curiosities and had a small exhibition at Ume Obscura- Alternative culture festival a while ago , Showed off mostly old things, but it was fun to put them all together. Also made some dodo skulls to sell. Met a lot of interesting people and overall had a great time. 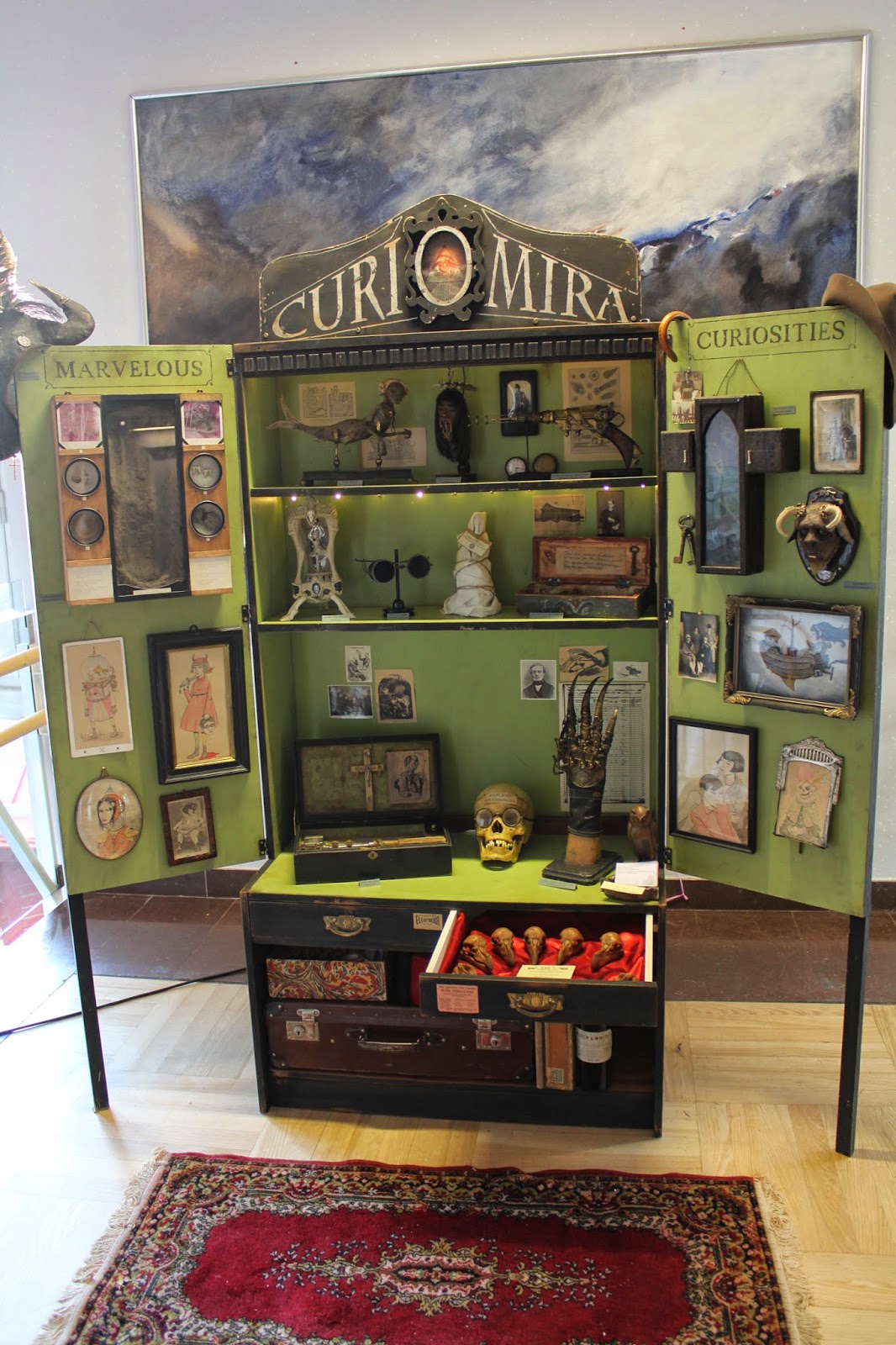 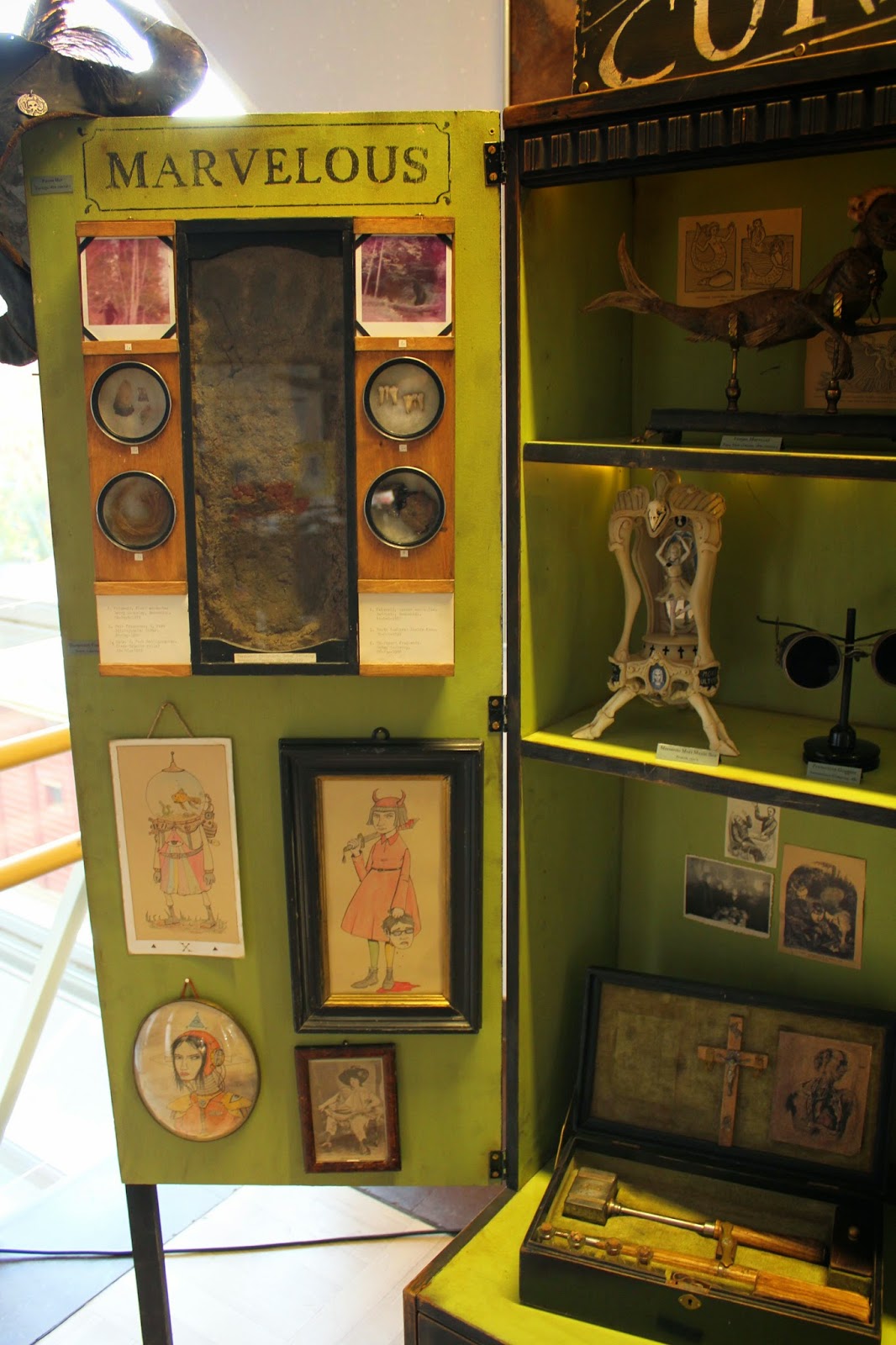 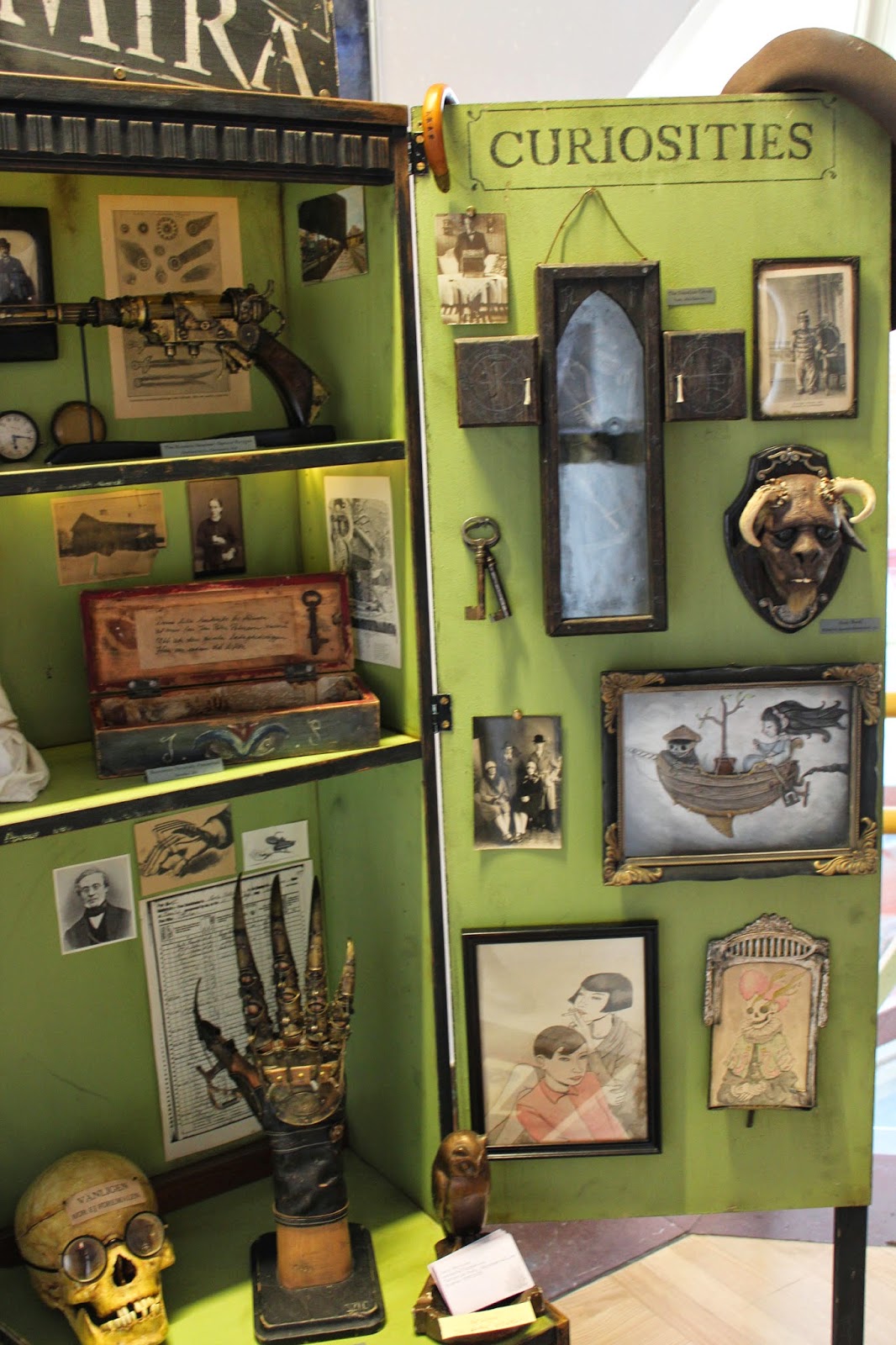 Indisputable evidence of the creature known as Sasquatch or Bigfoot, collected between the years 1979 to 1993. Found in the home of the eccentric Peter "Mad Al" H. Albronda. Following his disappearance in 2001. 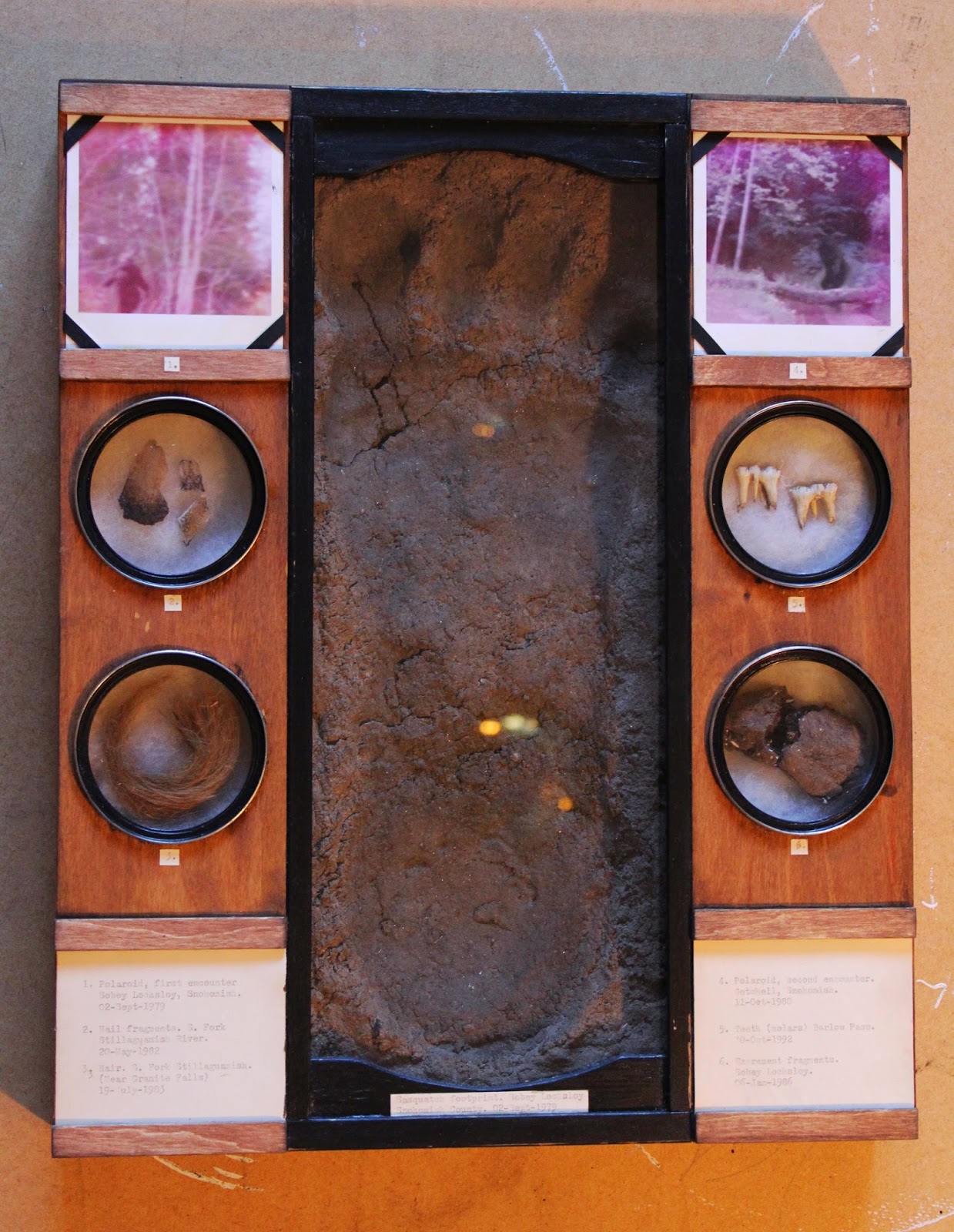 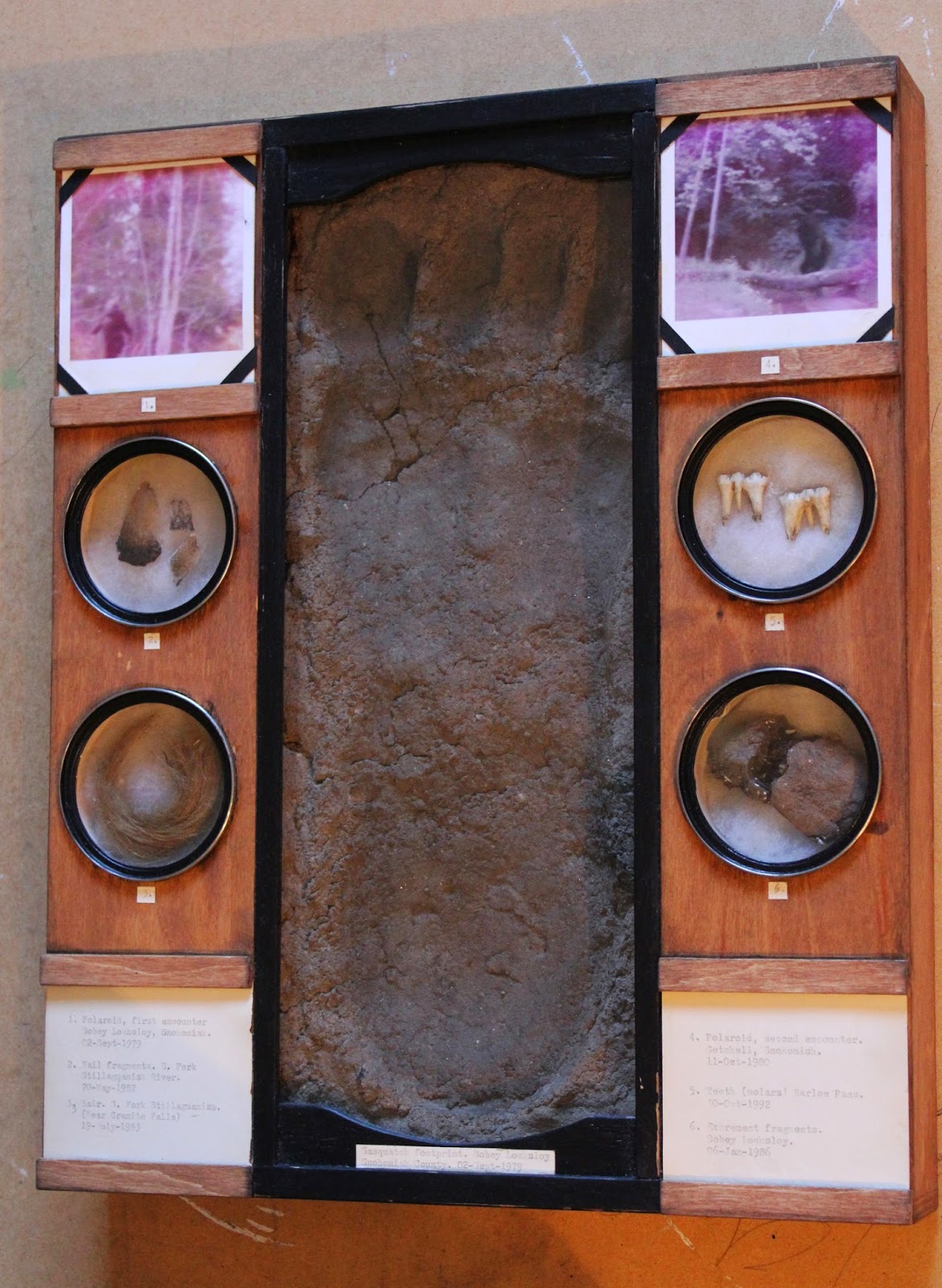 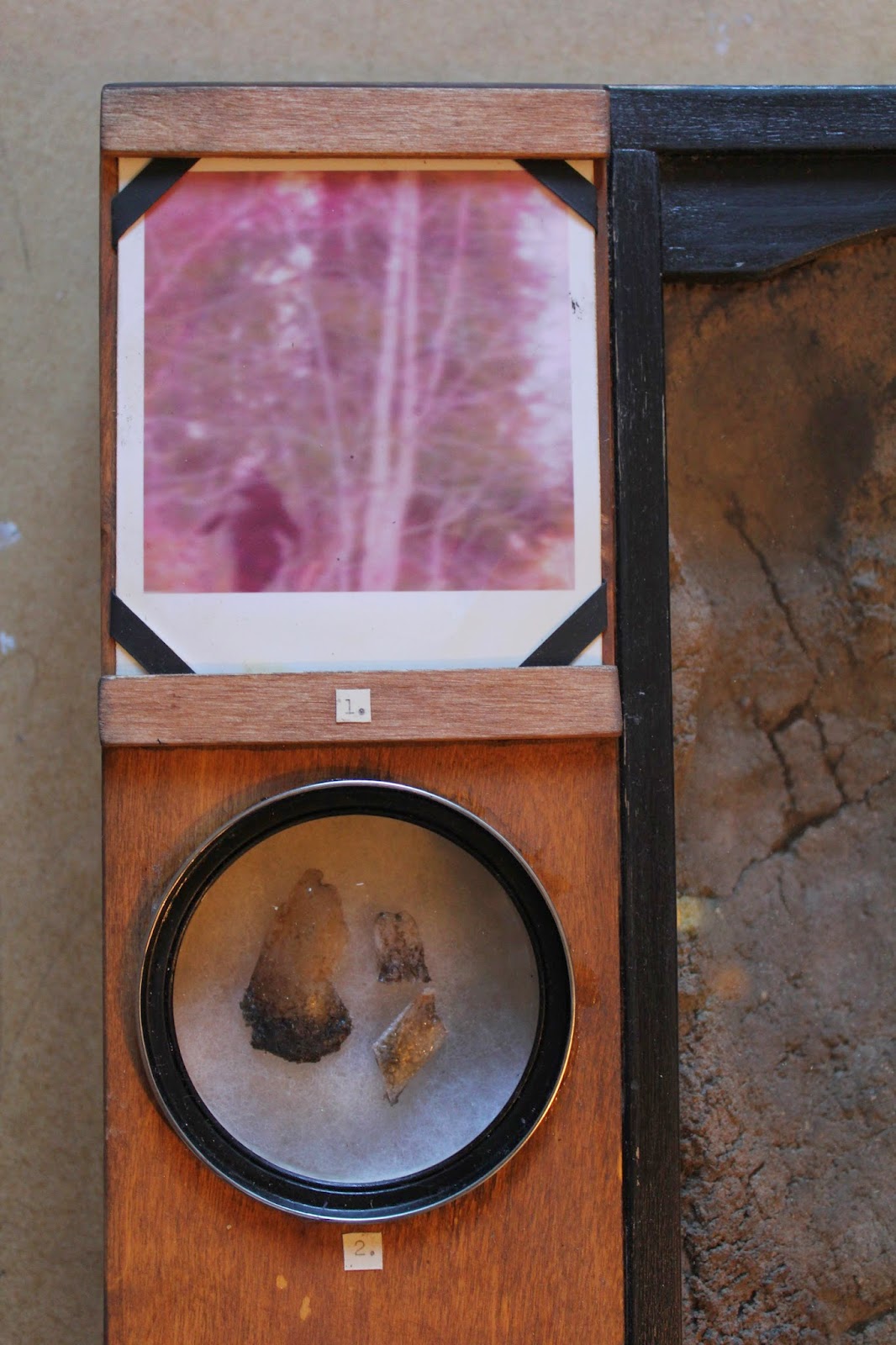 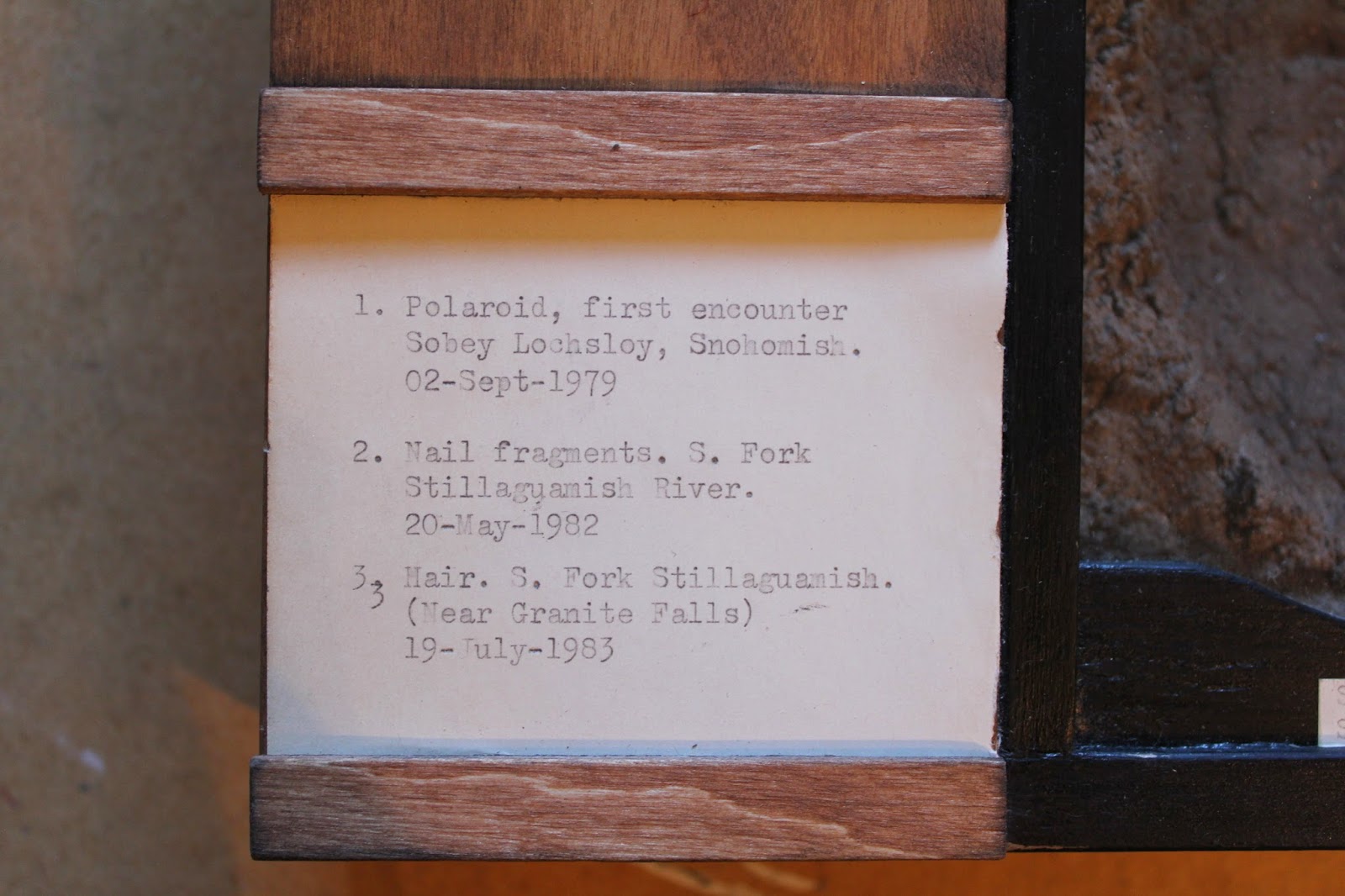 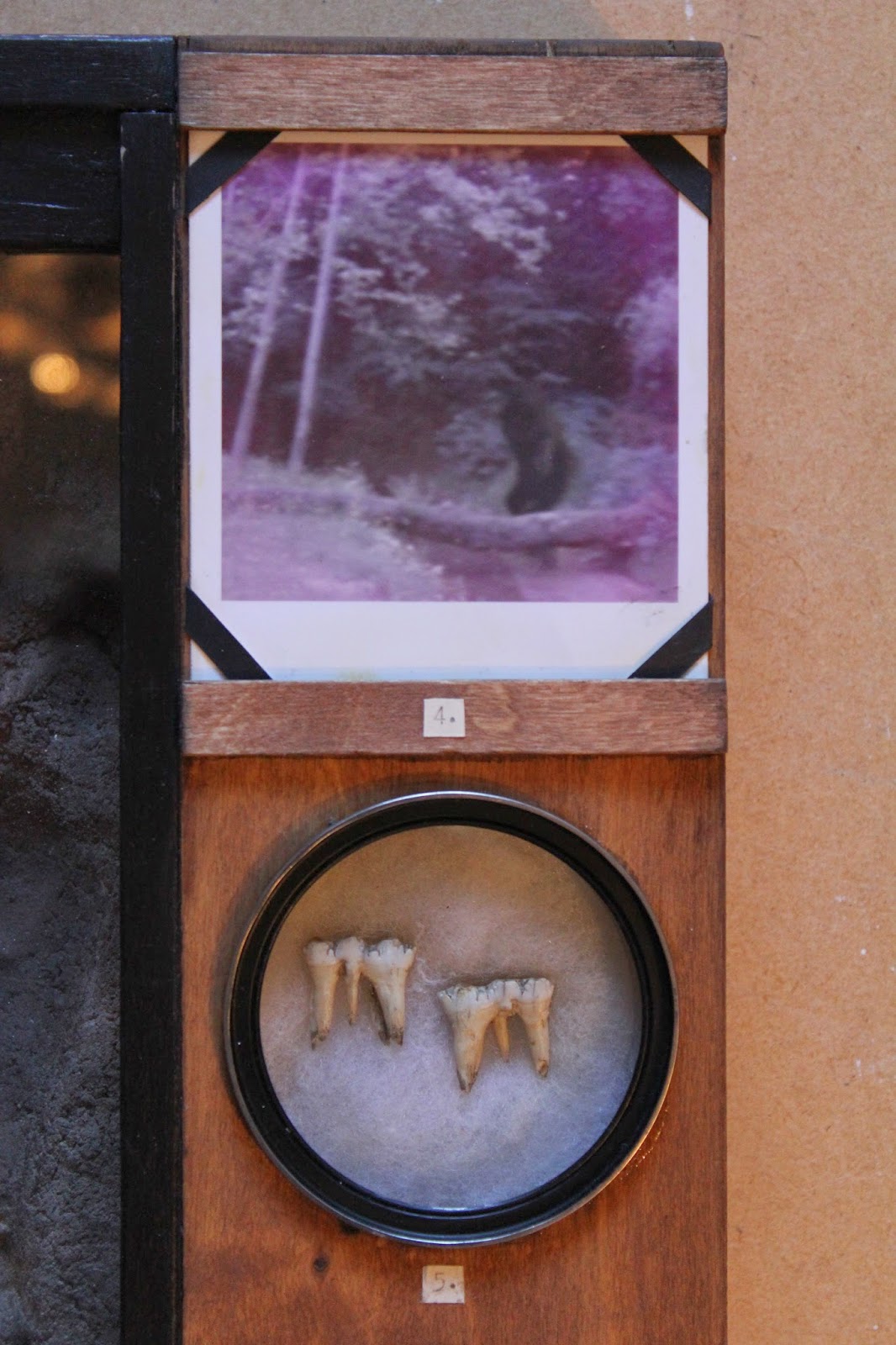 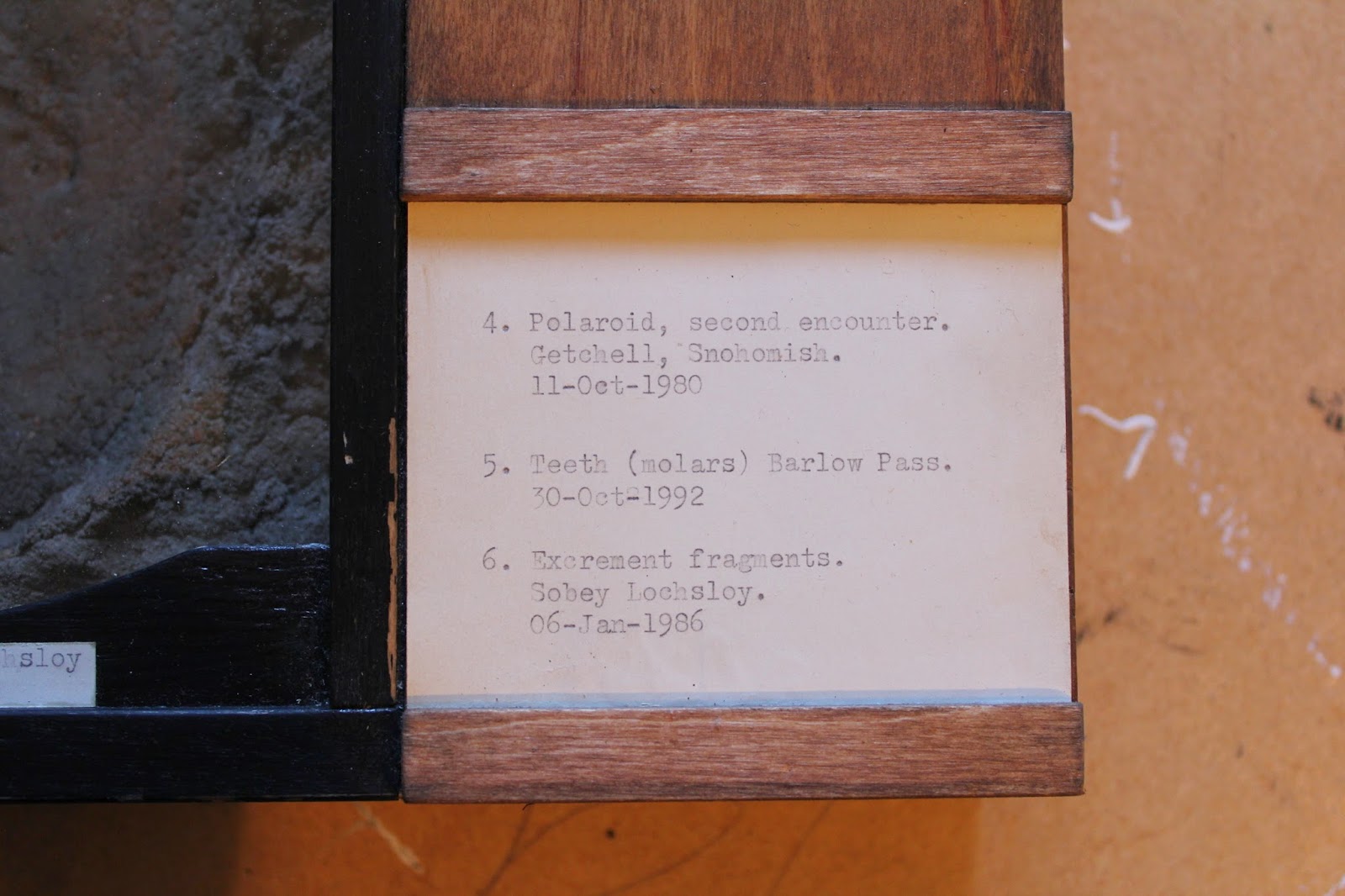 Another Bigfoot themed piece, going away overseas to a new owner soon. This is the most modern thing I've done in a while, had fun making the Polaroids, the "Bigfoot" in them is actually photoshopped versions of  the apes from Kubrick's 2001: A Space Odyssey.
at 03:26 No comments: